We all make mistakes in the same way as we’re all capable of winding up at the wrong place at the wrong time. In some cases, this can result in death, victimization, and criminal charges.

Imagine making a bad decision that results in a criminal offense for which you are arrested, and then imagine being arrested while innocent of all charges against you.

In either case, a person will have to face the criminal justice system to address the situation. In Texas, the criminally accused can expect harsh treatment, a minimal assumption of innocence as prescribed by the age old mantra of “innocent until proven guilty“, and fierce prosecution. This is where having a smart, ferocious Houston defense attorney on your side can come in handy. Who knows? Depending on the details and consequences of the crime, your life may depend on having one the best lawyers you can find on your side.

Going To Court Without a Defense Lawyer

Although laughable, some Houstonians do take their criminal justice destiny in their own hands and do the unthinkable; attempt to represent themselves in court in full knowledge that they may in fact have a “fool for a client” as the saying goes.

I wouldn’t advise my worse enemy to attempt represent themselves in court without some form of legal training.

Well… Now that I think about it, why not?

Even hiring a rookie attorney at a cheap price may not be a good idea considering the lack of experience you would be exposing yourself to. In fact, some experienced attorneys who are highly decorated may not even be best qualified to represent you in the court of law depending on the details of your particular circumstance.

The Best Defense Attorneys Are Specialized

Just because you have found an experienced criminal law attorney doesn’t necessarily mean they are the choice of lawyer for your case.

For example, a top criminal defense attorney who normally wins during trials involving drug crimes may not have enough study invested to be able to put up a competent defense against a smart prosecution team coming after you on a DWI charge.

Another example would be having a highly accomplished white collar crimes attorney representing you on a murder charges. The attorney who spends most of their time litigating in matters relating to white collar criminal offenses may not understand the details needed to successfully defend a person charged with murder. The experience of arguing or refuting blood spatter evidence, gun power residue, proper handling of DNA and trace evidence can not be learned overnight and no matter how experience the attorney may be, he/she may not be best suited or trained to handle your defense. 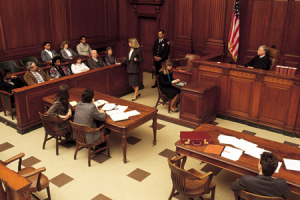 For a short tertiary example, a drug crimes lawyer who hasn’t undergone training by the National College of DUI Defense may be no good for your case. At least not as good as a lawyer who has undergone the training provided by the NDCC.

All crimes, cases, and evidentiary reviews will differ depending on the burden of proof and the details of the crime in question.

Prior to hiring an attorney to represent you in the court of law, do your research and make sure that the lawyer on your side is the best one for the case.